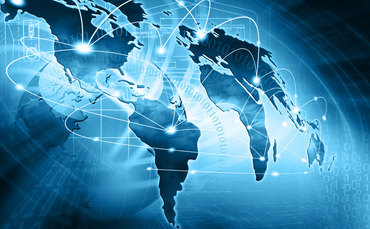 Amongst the doom, gloom and panic, surely someone must have an idea of what’s going on and what the future might hold? Here’s a brief summary based on reliable sources, put into an easy to understand format that will hopefully provide you with a rough idea of what might happen in the global economy in the coming months.

Surprisingly, despite apparent feuds within Europe and talks of certain countries leaving, the short-term economic environment in Europe has actually improved faster than most expected in recent months.

In a similar scenario as the USA, strong demand domestically continues to drive the current moderate recovery. The coming decade, although 10 years might seem like a lifetime in finance, should see a gradual improvement and a modest acceleration in growth. As with all predictions at present, caution is the order of the day.

The USA: Will it continue to struggle?

GDP growth for the USA has been adjusted down to 2.0% at the end of 2015 due mainly to the fact that growth in the 4th quarter and employment rates were more disappointing than expected. If the US can maintain a strong demand in its domestic markets, this should help maintain overall GDP growth at 2.0 percent in 2016, albeit slightly lower than the actual 2015 growth rate.

However, for most companies, increasing profits will become even more difficult if labor costs continue to accelerate, productivity growth remains modest, and interest rates start to rise.

Asia-Pacific: Probably not much change here

It appears commonly agreed that growth rates of China, India and Southeast Asia are unlikely to see significant improvements in 2016 compared to last year, with China only expected to maintain the same figures as 2015 at about 3.7%.

Taking into account the adjustments being made for China’s exaggerated official growth rates, this results in India having overtaken China as the growth champion of the region, but having said that, nobody really expects India to improve either in 2016.

Despite the prolonged decline in commodity prices, combined with weak growth in Nigeria and South Africa, all is not bad. Overall growth for the region in 2016 is anticipated at 3.7% which is a slight improvement over 2015.

The good news is that the region has potential for economic expansion in the medium to long term provided that political and institutional problems don’t hamper progress.

The Latin American economies, in similar fashion to most other economies around the world have been seriously affected by the drop in oil prices and general instability of the markets. Furthermore, the ongoing troubles in the biggest economy in the region, Brazil have caused even more concern, adding to the uncertainty in the region.

More private sector and foreign investment is needed in the region, as well as an overhaul of the domestic industrial sector into large and more updated business practices in order to help the region survive and more importantly, grow in the coming years.

So, the common theme, as we all know, is the low oil prices and generally poor commodity prices, but interestingly, different regions clearly have better or worse chances of recovering and this is where the uncertainty is, in the timing combined with political events.