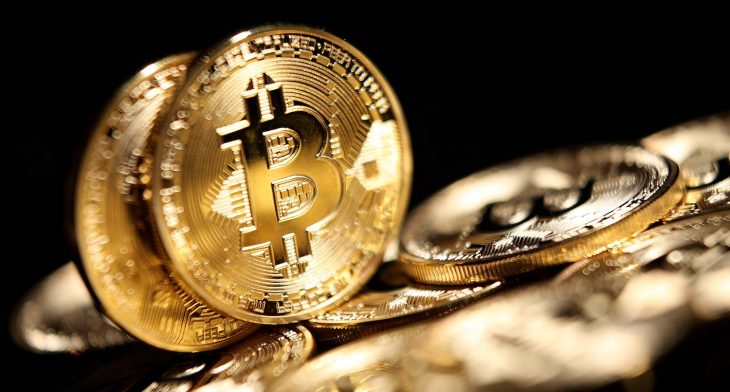 For those who have missed it: Bitcoin has not been performing well for a while. The hype that drove the price to over 20,000 euros at the end of last year seems to be over. The cryptocurrency is now hardly worth a third of that all-time high. Those who got on board in December last year (that’s what most people did) are now clearly loosing profits. This doesn’t necessarily mean that things will stay that way forever of course. The expectation is that Bitcoin will restore itself, because the blockchain technology upon which Bitcoin is built, is too promising. However, it still remains uncertain when and whether this change is going to occur.

Many Dutch people who have invested in cryptocurrencies, hope that there will be a positive change in the downwards trend soon. Yet the amount of people who own crypto is significantly smaller than you might think. In the European Union, on average, only 9 percent of the population owns some form of cryptocurrency. This might be Bitcoin (BTC), but also includes other coins, such as Ethereum (ETH) or Ripple (XRP). In the US and Australia, the percentages are 8 and 7 percent respectively. The Netherlands (sitting 7 percent) is only one percent below the European average. People who buy Bitcoin and other forms of crypto the most, can be found in Turkey and several Eastern European countries. The least interest in Bitcoin and other forms of cryptocurrencies is in Belgium and Luxembourg.

This graph shows the results of a large survey done in March of this year where thousands of people in different countries were asked whether they possess cryptocurrencies or not: 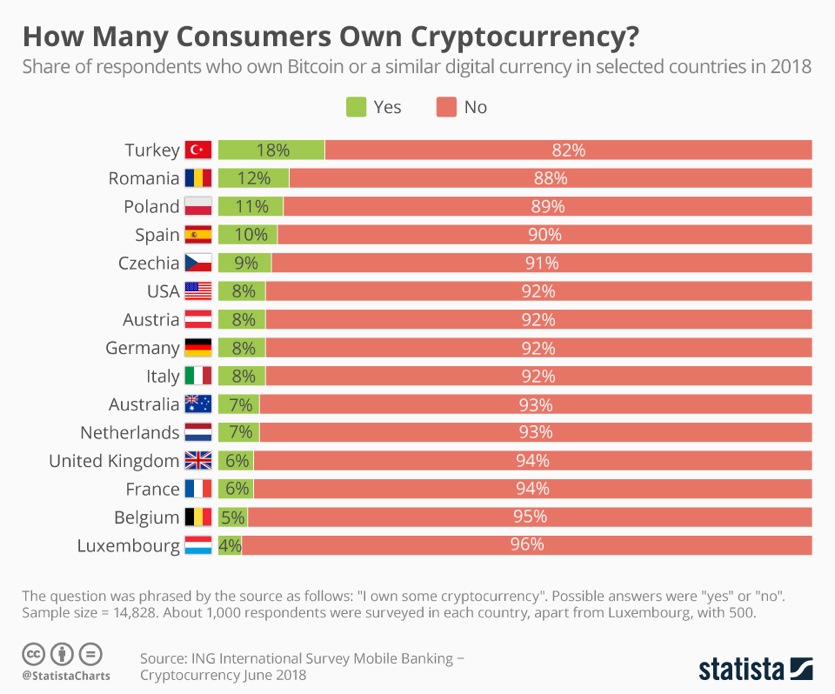